In March, nearly every industry was faced with a sudden shift in a new direction. Six months later, we’re seeing just how deeply that shift has affected business. Though many challenges have lept to the forefront, for three companies, necessity has been the mother of invention, and yielded surprisingly positive outcomes.

Take, for example, a manufacturing plant in the Southeast.

Is Overspecialization a Problem in 2020?

They were faced with a common problem (that was once considered a solution): a seemingly specialized workforce. In fact, every employee was needed to run specific machines on the line well, and cutting the workforce down to meet health guidelines appeared to mean losing the skills necessary to operate machines correctly and keep the line moving well – or so they thought. In March, they opted to move into split shifts for the safety of their workers, assuming that production would plummet. And for a few weeks, it did.

But to the surprise of many, split shift workers soon found their stride. The two shifts found ways to work “together,” even while staying apart. The entire plant had become efficient in operating smaller. And as government assistance became available to furloughed workers, this plant was able to furlough a portion of the workforce that had been rendered unnecessary under this efficient workflow, bringing the company’s overall efficiency up to 85% from just 53% in March. As it turns out, finding a new rhythm on the manufacturing line created a significant uptick in productivity.

Overspecialization is a common fear for most companies that work in manufacturing or assembly, but these days, it’s mostly unfounded. In the 1980s, plants would often have machines dubbed “Andy’s Machine,” for example, designating that Andy was the only person who knew how to run that specific machine well. Since that time, both technology and education have changed significantly – which is great news for factories. Today, most employees are skilled enough to run most machines and a smaller workforce does not necessarily equate to a lack of skilled options.

So, good news: some companies need less specialization. But others found out that they simply needed less time to complete tasks in this new normal. Take, for example, a European engineering firm. When the pandemic mandated lockdowns, the entire company was able to shift to a “work from home” model. They, too, expected a downtick in productivity, but they found the opposite – operating without the distractions of a busy office environment actually allowed their engineers to operate with more focus and deliver results faster than before.

Working from home can cause distractions for some, of course, but it’s also an opportunity to find out exactly what is essential in your company’s work week. It may not surprise you to find out that eliminating extra meetings, unnecessary “water cooler” socialization, and unexpected interruptions can increase productivity across the board. For this firm, the office doors are open again, but the company has opted to encourage continued work from home to help their bottom line.

One of my clients was telling me about their large assembly plant; furloughing employees this spring was a sad necessity, as the area was hit especially hard by the pandemic. Yet they were shocked to find they were able to hit 80% of their production benchmarks with just 50% of their workforce. Taking a closer look at this 60% increase in efficiency allowed this plant to find a better way to operate. Of course, volume eventually increased again, but this company was able to bring their furloughed employees back and teach them the new, high efficiency way of working. Today, their numbers are significantly up from the beginning of the year. They were able to allow this challenge to shift their internal workflow – now, they’re more profitable than ever.

We’ve all faced unexpected shifts in the midst of this year’s pandemic. But in all three of these cases, responding intentionally unlocked hidden potential in their workforce. By leaving behind systems that were limiting productivity and efficiency, they were able to find leaner, more effective ways to run their companies, saving money and adopting mindsets that encourage future growth.

The question is: will you? What has our current crisis revealed about your workforce? 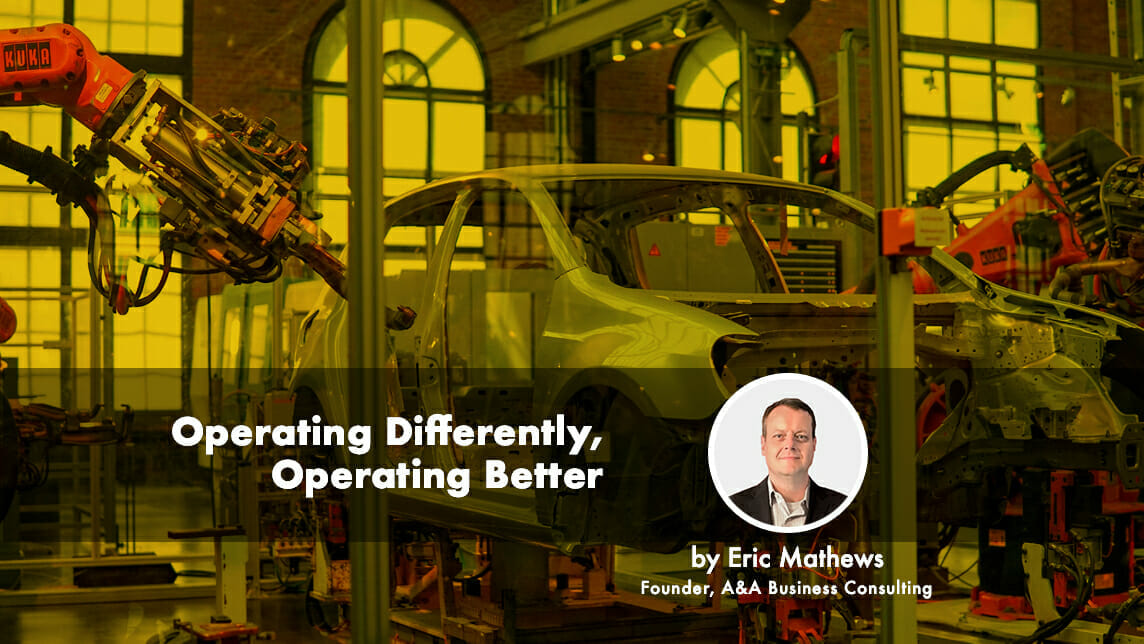